So, first there was the house: 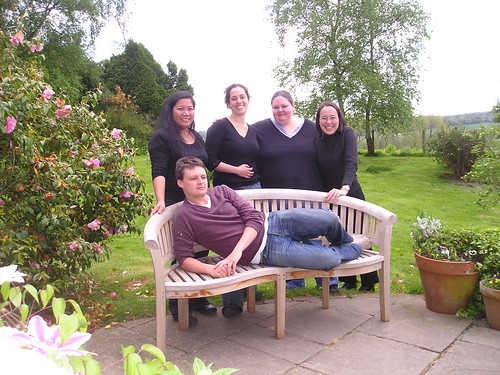 (from left to right, top to bottom: Rochita Loenen-Ruiz, Sara Genge, Chance Morrisson, me, and Stephen Gaskell aka Man-Machine)

The house was in Markbeech, a lovely, green place in Kent, England; and the people had come from the Netherlands, Spain, France, and those faraway places known as London and Brighton.

They settled in Friday and proceeded to fill the kitchen with spring rolls (following a slight but tragic miscaculation in the quantity of ingredients), and various food items that choked the two fridges (following the time-honoured philosophy that it was better to calculate large). 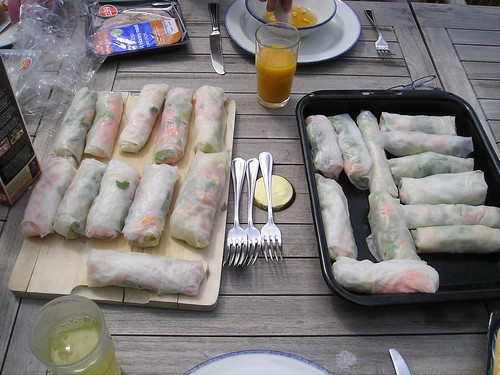 A strange cooking device occupied the kitchen: a hearth, which made the room be the warmest in the house (at least, while the heating system was still waking up). 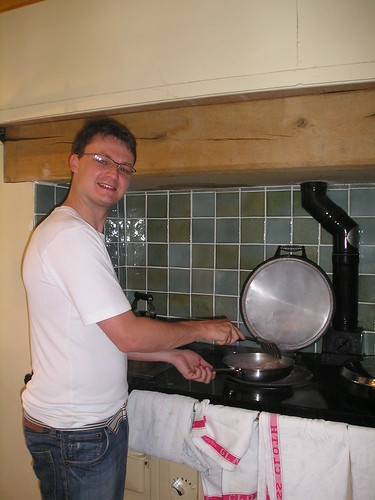 In the morning, the people woke up to discover that some rooms had the heating system turned off, and that English nights got very cold indeed (sorry, Sara). Not discouraged by the inimical elements, they settled down to critique stories which included an SF reworking of Peter Pan, emotional vampires in a shipyard, and giant ants on an asteroid. Much wailing and gnashing of tears was heard, but in the end good story telling prevailed, as it always should. 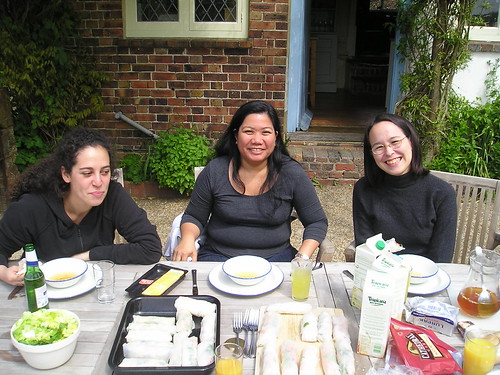 In the afternoon, the weather being still suspiciously fair, some of the people went for a walk in the countryside, fraternising with black-and-white cows and nettles (the nettles were so big and so prevalent they were obviously developing their own ecosystem). 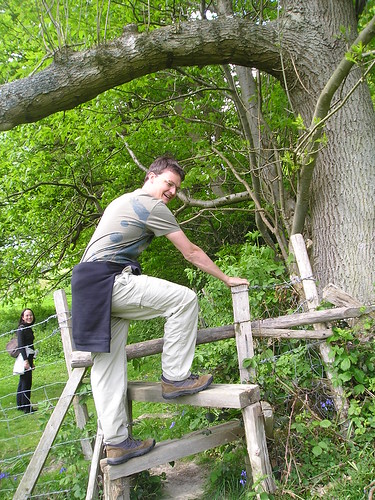 This was followed by a brainstorming session to write a five-way collaboration story, involving five explorers lost in a jungle (without nettles or cows). The net productivity gains were a 2000-word opening for Chance, and a permanent surname of Man-Machine for Steve (who had picked a cyborg as his main character).

The Man-Machine then proceeded to show his skills to the rest of the people, first cooking a tasty four-cheese and pinenut lasagna, and then, on the following morning, a full English breakfast for six people. 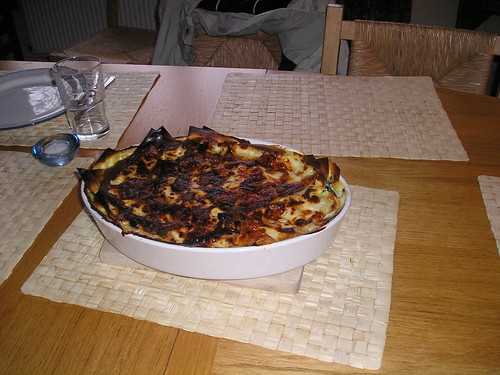 Whereupon the following crits were done on a full stomach. They involved people becoming one with nature and giant mechanical quetzal birds, and the crits were good and thoughtful.

By common agreement, the collaboration was abandonned, having diverged too far on all sides to still make sense and remain a short story. It was replaced by a roundtable of craft questions, followed by a discussion of best markets, involving much scribbling and ordering.

Then Rochita did the cooking of countless spinach and shrimps, and the quest for spiciness began (chillies had been forgotten in the original supply list, but it turned out that red curry paste could do, in a pinch). Tasty fruit salad made up dessert (though at a later stage of the evening, the people also helped themselves to chocolate fudge cake, just to get their fix of cacao). 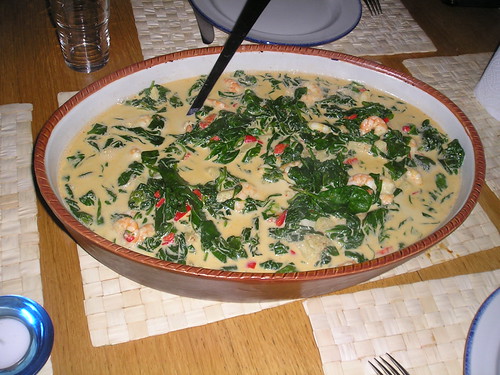 In the evening, the hunt for occupations began, ending in a game of balderdash, which involved making up  definitions for words. The number of the people who knew what scrapie was (a nasty prion disease of sheep) was worryingly high.

Monday morning was sad and subdued, the adventure almost to an end. After some tidying-up, the people began to part their separate way, though a core of three foreigners remained, intent on exploring the strange city of London, and the no-less-strange bookshop that was Forbidden Planet. The main morals of this day were:

-always make sure you have amap and a packed lunch

-it’s a long walk from Victoria to Shaftesbury Avenue

Then it was time to part ways, and to begin the sad journey home. But never fear–Villa Diodati will strike again!

(many thanks to Rochita, for putting her pictures where I could steal them, and extra doses of gratitude to the Machine-Man, who organises great workshops in scenic places, cooks like a chef,  plays a mean game of balderdash, and bore himself surprisingly well for one lone man trapped with four wild females)