Er…
So this is possibly quite silly, but the H and I need someone who can read Chinese. See, we bought ourselves a nice rice cooker from the local Chinatown. What we hadn’t planned for was that although it came with an English instruction manual, it doesn’t provide an explanation of the different settings in a language either of us speaks. There’s a row of white Chinese characters around the central LCD screen (which is meant to be the cooking modes), and a further set of five settings on the LCD screen itself (which is meant to be the rice type, if we read the instruction manual correctly). I have no idea if they’re traditional or simplified Chinese.

Pictures below after the cut. If anyone can provide us with translations, we’d be pretty grateful (it would avoid our messing up dinner by confusing congee, steam-cooking and standard rice cooking…)

EDIT: we’re pretty reasonably sure the white characters are the following (or some variant): regular, quick, small amount, cake, steam, soup, congee, casserole. We just don’t know which ones correspond to which… 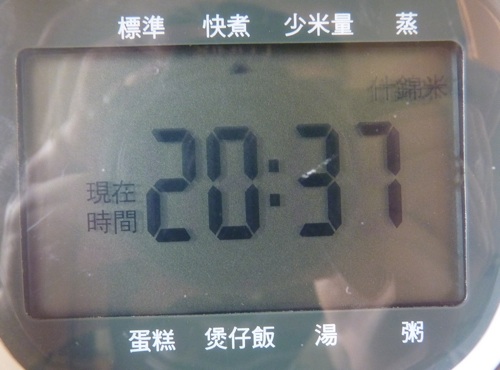 The outer ring of the LCD screen 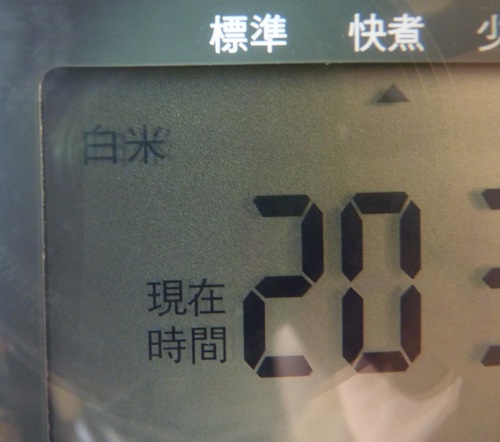 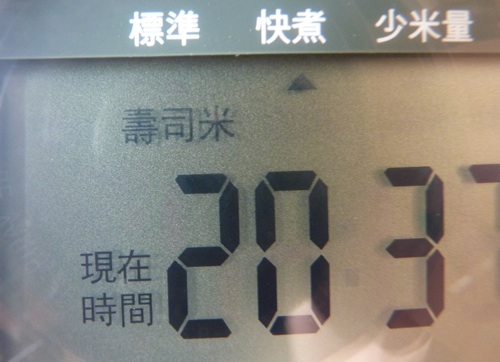 2nd set of characters on the LCD screen/ 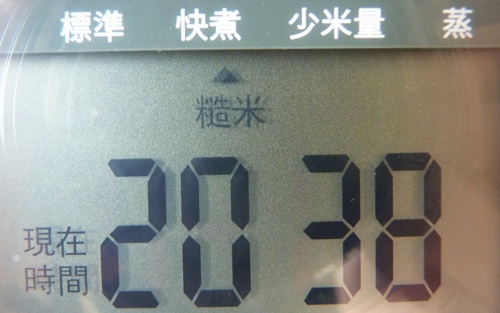 3rd set of characters on the LCD screen/ 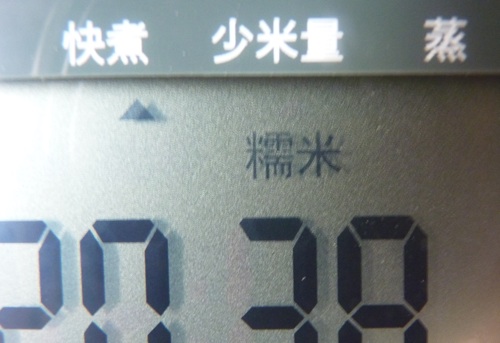 4th set of characters on the LCD screen/ 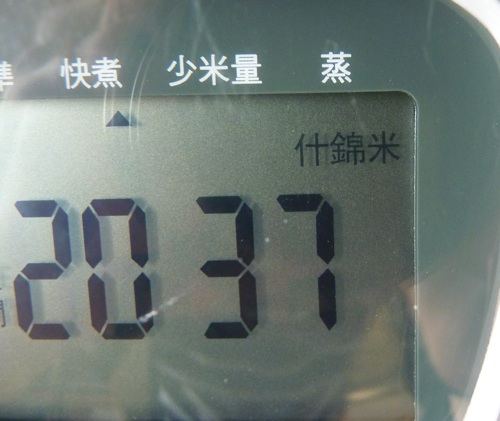 5th set of characters on the LCD screen