(yes, I like Ursula Le Guin’s Earthsea. Sue me)

I was planning to do a longer and more detailed post, but time, once again, has got away from me (sigh, already so late on so many things. Clearly, I need a better juggling teacher). So here’s the shortened version… 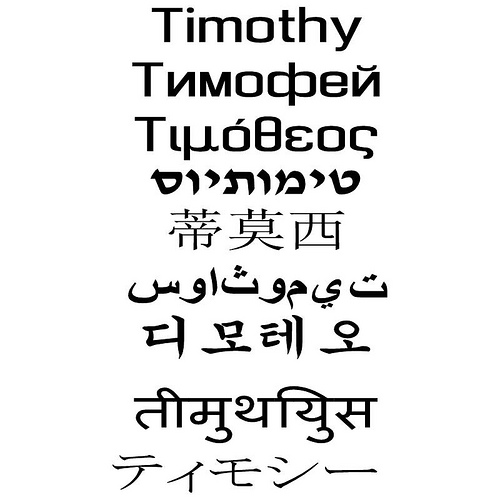 There are few things that throw people out of your carefully researched novels faster than getting names wrong. I once opened a novel that had a French protagonist, and didn’t get past the first page because all the French names looked like they’d been fished out out of an internet baby list [1]. Names are one of the first contacts people have with your characters, but they’re a surprisingly common source of fail in fiction.

The main reason they’re a source of fail is because often, people assume that the same naming rules they’re familiar with will apply everywhere in the world. And that’s hardly the case, as countries and cultures can have vastly differing naming customs. For instance, we don’t have middle names in France and think it a very odd concept when it does crop up in American movies (and Vietnamese do have an intercalary name, but it doesn’t have the same function or characteristics as a US middle name).

Here are a handful of examples to demonstrate the common traps into which writers can fall: they shouldn’t be taken as actual knowledge, more like an indicative checklist that things that can vary across cultures. Also, not an exhaustive list, as I drew from those cultures I was at least vaguely familiar with, which were mostly Vietnam, France, and Russia–but already, you can see that names can follow very different customs!

Some errors I’ve seen in books (beyond the obvious ones of picking names that are ridiculous or don’t exist):

-Not understanding that you might have little choice for last names. In Vietnam, 99% of the population bears a total of 14 last names, which means you just can’t invent a Vietnamese last name if you feel like it! However, first names aren’t taken from an accepted list but rather chosen by the parents on the basis of words/concepts they like (there are rules/guidelines/usages, but I won’t go into them here), which means you can have extremely uncommon first names. A related one is Russia, where people have a patronymic name (derived from their father’s first name) and a family name–which means names have a very distinct structure.

-Not understanding what marriage does to last names (in a lot of cultures, women don’t actually change their name to match their husband’s)

-Getting diminutives wrong (a lot of cultures have different patterns than the usual Anglo one of shortening someone’s name by a few syllables to be more informal or more affectionate. See, for instance, Russian. Getting affectionate in Vietnamese mostly involves pronouns rather than diminutive forms of the names–OK, partially because Vietnamese first names are so short!)

-Conversely, not understanding how to address people formally. Using someone’s last name isn’t always the formal method to address them. In Vietnam, you use Mr./Mrs [2] + First Name to address someone formally.

I’m sure there are plenty more things to watch out for, but I’m only familiar with a handful of cultures… Anyone else have tidbits about how naming principles differ across cultures?