Expanded from my twitter feed, because I feel it bears repeating. 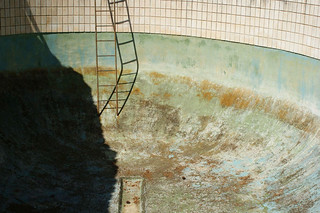 I’ve been seeing a lot of gender-focused work described as “political”, with a strong negative connotation to the term political–it seems what is meant by “political” isn’t really “relating to the public affairs of one country”, but rather “involved, committed, with a message”. Which in turn is rather puzzling when you think on it–if a work isn’t involved [1], doesn’t have anything to say, then should we still be reading it? And are there really works that don’t have anything to say?

Even “escapist” literature or Hollywood movies have a strong underlying message and promote equally strong assumptions (on the value of escapism, on cultural dominance, etc. I could dissect lowbrow Hollywood movies but don’t have the energy here–maybe for next time!).

I remain puzzled by the assumption that some literature can be value-neutral, as if that were ever possible. It is not. Every single piece of literature/art is embedded in the culture/sub-culture that gave rise to it. I’m not doing cultural existentialism here–it’s not *because* something was produced in, say, France, that it will have X and Y and Z; but something produced in France by a French writer will be infused with *some* degree of French cultural background; same for US productions, etc. Every single piece of literature bears the assumptions and the worldview of its creator, who in turn bears the assumptions of the culture they’re part of  (and, to some extent, the work bears the assumptions of its reader, who might interpret it through different filters than the creator).

There is no such thing as meaningless fluff, because even the “shallowest” of fluffs carries an implicit value of what makes fluff; of what doesn’t challenge the majority of readers; of what kinds of escapism are efficient and “don’t engage the brain” [2]. For instance, going off on adventures away from one’ s family, saving the world and getting the girl might be the majority idea of what constitutes escapism in Western society; it will hardly be the case everywhere. Escapism in ancient/modern Vietnam [3], for instance, has a greater chance of focusing on saving one’s community and one’s elders, and romantic attachments have much less of a place, or at least there’s much less imbalance between those and the other kinds of attachments. (don’t want to do broad sweeping cultural generalisations, but I’d argue that in a system of Confucian-derived values, there is a much larger weight on fraternal/friendship bonds than on romantic love, and yet a larger weight on elder/younger family bonds than on any of these. Works produced *within* that kind of society which challenge those norms tend to do so in a specific and characteristic manner, for instance by elevating bonds of friendship over all other ones; just as mainstream Western works tend to challenge traditional Christian values in specific ways).

Coming back to “gender-focused” work, I think we see the same fallacy: the definition tends to be applied to anything with a cast composed mostly of women. On the one hand, I appreciate the need to qualify stories that challenge the status quo; on the other, there’s something… sticky about the lack of balance there: stories that have an all-male cast are equally gender-focused and promote the patriarchy to an even larger extent than female-focused stories (because it’s much easier to promote the status quo), and not applying this term to them fails to challenge the notion that culturally dominant stories are somehow value-neutral and “invisible”. And I find that bothersome: if we can’t recognise our own set of dominant tropes and how everything is geared to accommodate them, to produce them and to propagate them, then being in a position to recognise there is an (unequal) status quo and being able to challenge it are just going to be that much more difficult. It’s like the air you breathe: that you don’t think of it doesn’t mean it’s not there and doesn’t mean it doesn’t have a *huge* influence on you.

Very disorderly thoughts; I apologise for the mess. But I just wanted to put them out there, because “not involved” seems like a dangerous fallacy to me. Do I make sense?

[1] I know that to some extent this is about the “forcefulness” of said work and how vigorously it tries to get its point across; but that strikes me as the beginning of a slippery slope that looks a lot like the tone argument (anything people don’t want to hear gets tagged as “too vehement”). Hard to know when to draw lines; and I don’t pretend to have easy answers; just putting (rather obvious!) thoughts out there…

[2] Think for a moment on what  “doesn’t engage the brain” implies, and you’ll realise that a necessary prerequite for this is “doesn’t challenge my deeply-held beliefs/doesn’t challenge the majority view I’m used to”.  I’m religious, so anything that is actively hostile to spirituality has a much larger wall to leap in my hindbrain; but this is partly offset by the fact that the (French) society I move is largely atheist, and that I’m thus inured to negative portrayals of religion.

[3]  Bit of a tricky thing to separate influences, as Western culture is so ubiquitous even in modern (and colonial) Vietnam that it has started to bleed quite significantly into the culture/erase non-compliant bits of it. And again, general trends rather than specifics; I don’t want to do cultural existensialism, but equally cultural specifities shouldn’t be casually swept under the rug under cover of “we’re all the same deep down”.