Some of you might remember that snippet from my WIP I posted a while back? It was a snippet of character work I’d planned to shelve, but in the face of the enthusiasm I turned it into a short story, “The Two Sisters in Exile”, which was about Mind-ships and countries at war, and inciting incidents (as Rochita was saying, it’s actually a very 9/11 story, though I hadn’t realised it at the time). It’s set in the Xuya continuity, in that developing bit of space that has two factions of Imperial Vietmam cohabit rather uneasily.

And, er, I sold said short story to Ian Whates for Solaris Rising 1.5, an ebook anthology that will be out this summer. Will you just look at that cover. (also, at the names. Wow. Rather nice company to say the least). Shiny planets! (I usually don’t do planets, so I seldom get that kind of cover 🙂 ) 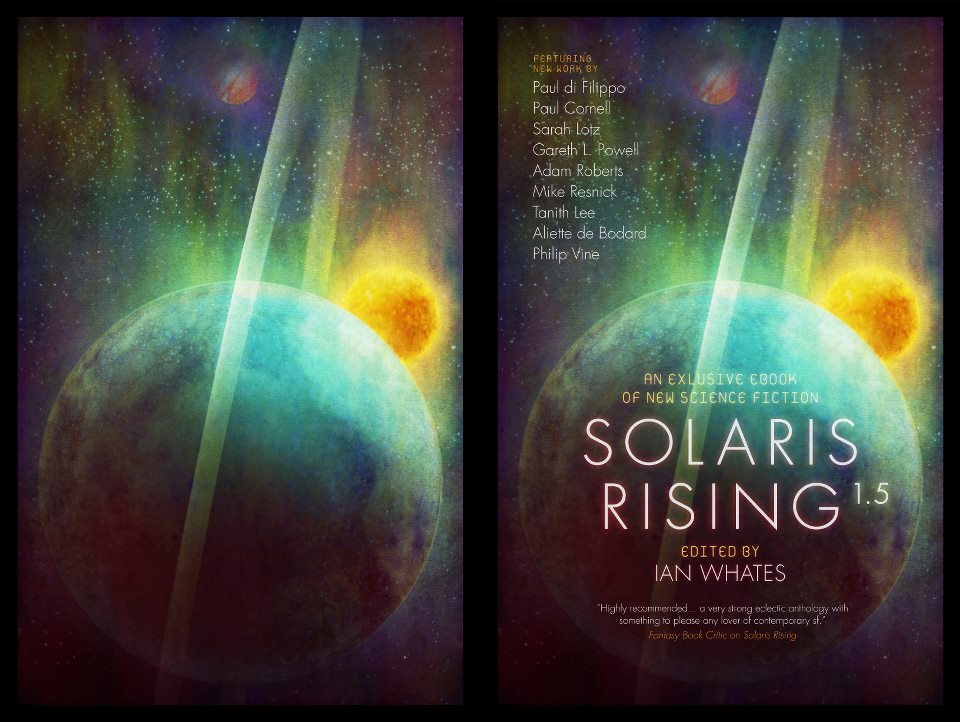 My thanks to everyone who took a look at it on OWW–Christine Lucas, Merrilee Faber, Larry Pinaire, Chris Behrsin, Justin Tyme, Darryl Knickrehm, and Oliver Buckram–and to the inimitable Rochita Loenen-Ruiz, whose critiques are always fabulous. Also, many thanks to the entire crew of VD10 for making this possible–I cleaned it up, returned the crits during the workshop, and submitted it shortly afterwards.