So, I thought I’d report a bit on the Bucharest event, aka how I was made to feel like a rock star… The original plan was for me to get to the event at 17:00, read a bit from “Immersion”, and then answer some interview questions. Cristian Tamas, who had kindly set up the entire thing (originally, I asked him if he was game for a coffee…), offered to meet for the (original) coffee at 14:00 and have a little tour of Bucharest. I had no idea the “little tour” would involve being whisked around all the major tourist sights of the entire city while having fascinating commentary on the history of Romania and SFF in Romania. Wow. Neither did I expect a crowd of 10-15 people to actually show up to see me at the actual event; and even less the positively dithyrambic introduction of me and my works by Cristian (I had this strong urge to hide under a chair, lol). 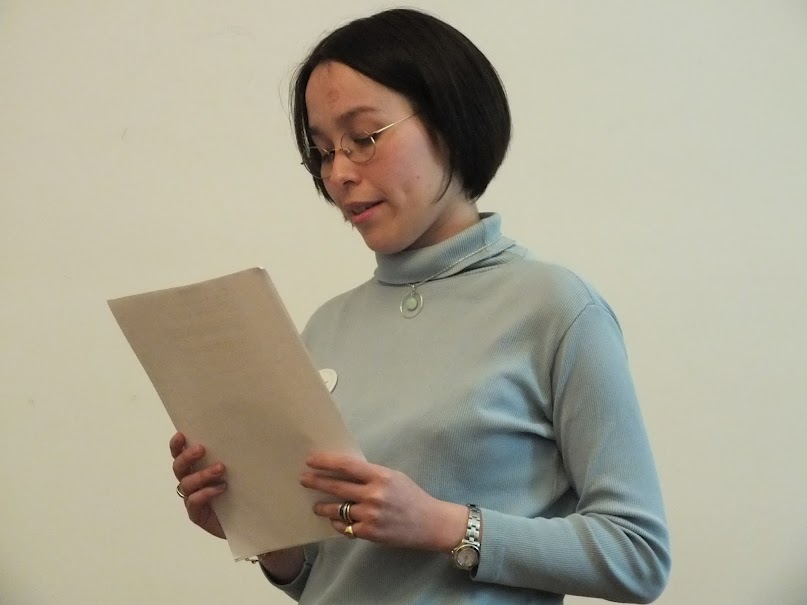 Me, reading. Yes, I really made some funny faces while reading. Blame my theatre experience. 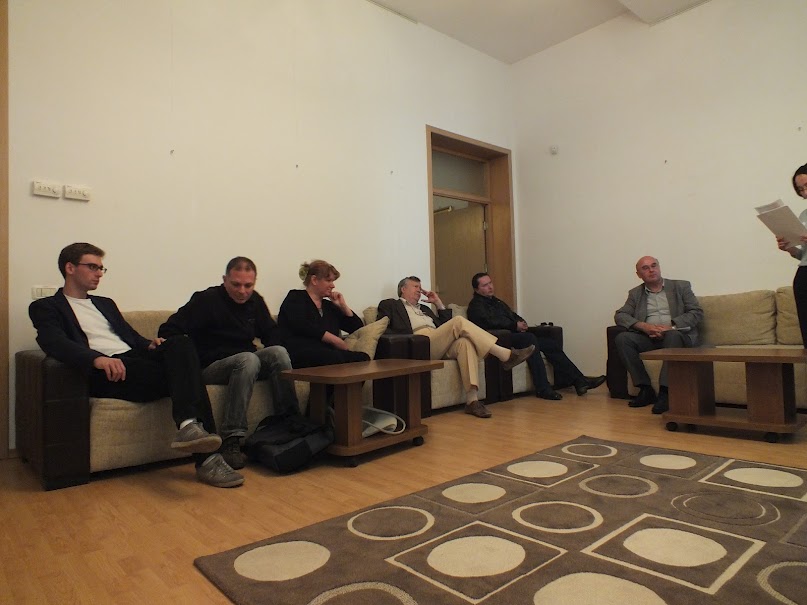 Things I learnt when reading: don’t start a 6000-word reading without a bottle of water nearby, it’s a mistake you’ll soon rue. Also, “Rồng” when pronounced English-style really is undistinguishable from “wrong”, which is a little problematic for actual comprehension… And, finally, it’s really hard to mix Vietnamese and English when talking, unless it’s for safe words like “phở” that I know very well… But it went well overall; at least no one ran away screaming 😀

Among the attendees were Cristian Tamas, Eugen Lenghel, Marian Truta, Alexandru Mironov, Sorin Repanovici, and Jack Feinberg (sorry, didn’t get everyone’s names!). You can see the Romanian report on the meeting here. 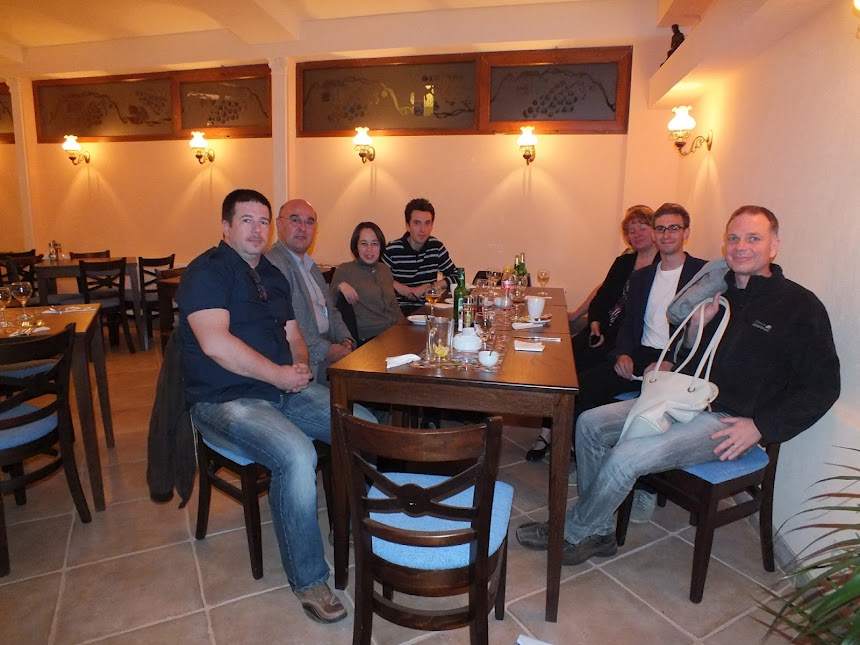 Afterwards, we repaired to a nearby restaurant, where we ate nice Romanian cuisine (I’d been in Bucharest for two days but only managed to eat Italian, go figure), and continued to talk about anything from movies to video games. And Cristian very kindly got us back to our hotel afterwards. Overall, it was a really great experience, and it was really nice to talk to a science fiction community outside of the usual US/UK/French suspects (and I really felt embarrassed about all the fuss made around me, lol)

Also, it was really funny to see the H’s face when Cristian introduced him to everyone as “Monsieur de Bodard”. That was really priceless 🙂 🙂

(thanks to Eugen Lenghel for the pictures)